Are you a junk food junkie?

Would you like to change your eating habits to favor healthier foods, but just can’t seem to make the leap? 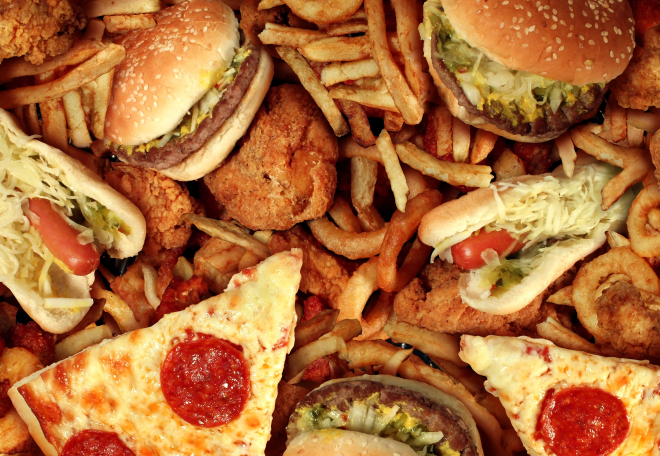 Good news! Just as junk food can become an addiction, the brain can be ‘retrained’ to prefer the healthy stuff, too. People aren’t born loving cheeseburgers and creamy pasta dishes; they’re conditioned over time by repeatedly eating such foods, creating addiction circuits in the brain. These circuits can be broken, found researchers at Tufts University and Massachusetts General Hospital.  The scientists followed 13 overweight or obese men and women over six months using MRI imaging of their brains.

“The brain scans showed changes in areas of the brain reward center which are associated with learning and addiction,” writes Harold Mandel for the Syracuse Natural Health Examiner. “At the end of six months, this area of the brain had increased sensitivity to healthy, lower-calorie foods. This served as an indication of increased reward and enjoyment of healthier food cues. There was also decreased sensitivity to the unhealthy foods.”

This is great news for those trying to lose weight or break even lifetime-long habits of unhealthy eating. Click here to read the full study, published September 1 in The Journal of Nutrition and Diabetes.