Recently Foot Levelers’ own Maria Huffman was recognized by Employer Support of the Guard and Reserve (EGSR) for being a Patriotic Employer! She was nominated by Jason Cain, our employee who is also a proud Marine.

Jason works for Maria in Foot Levelers’ Shipping Department, and he is also a Combat Engineer with the Marines. Previously, he was a Marine Aviation Mechanic, but now he trains other Marines to look for IEDs, which he still does two weekends a month.

ESGR is part of the Department of Defense. ESGR seeks to “foster a culture in which all employers support and value the employment and military services of members of the National Guard and Reserve in the United States.” The Patriot Award honors individual supervisors for their support when nominated by the employee or his/her family.

Congratulations, Maria, and thank you for your service, Jason! 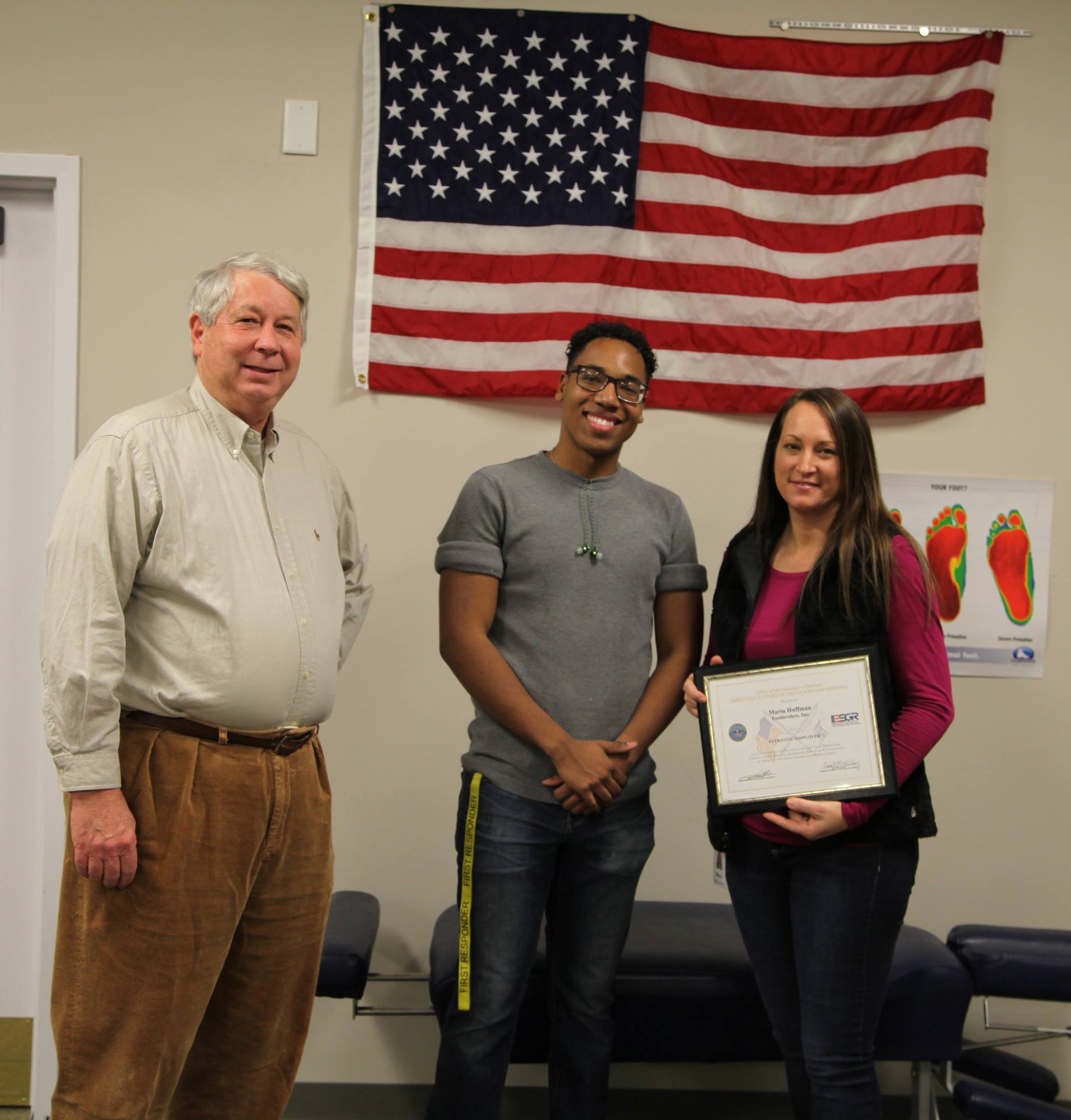