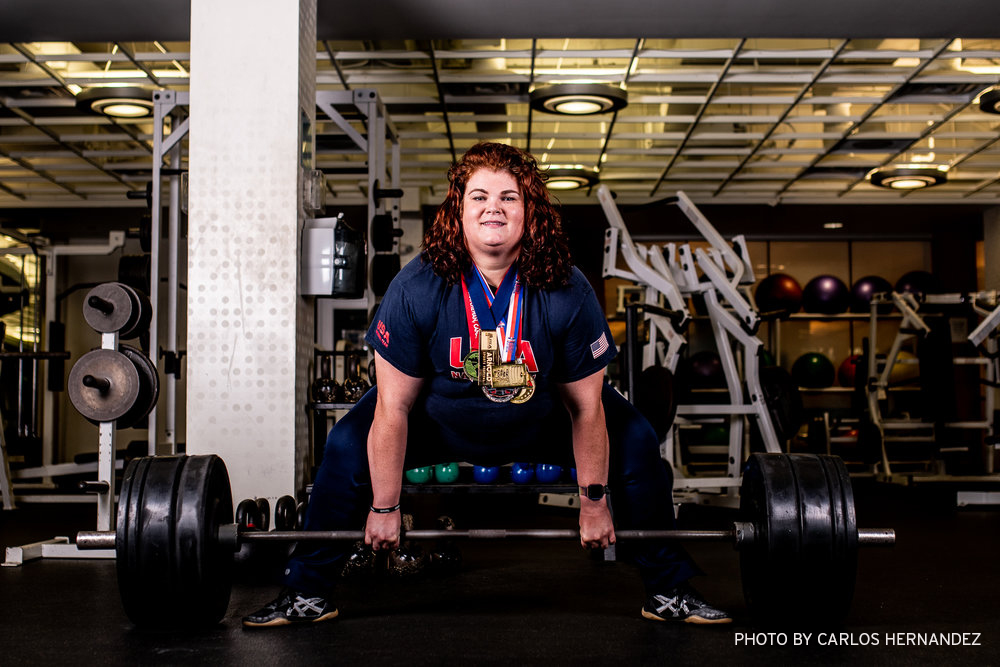 Becci Holcomb is a strong woman. At age thirty, she has a retired USA Powerlifting deadlift record of 501 pounds and can squat 644 pounds. This is the equivalent of deadlifting a dumpster and squatting a large vending machine. In a sport dominated by males, Becci is stronger than many of the men.

Holcomb got her start in powerlifting while enrolled at Life University. She saw a flyer at school for the powerlifting club, and it got her interested. From there, a fellow student and powerlifter got her started. Becci quickly found out that she was a natural for which she credits to genetics and her upbringing.

Originally from the small town of Blanchester, Ohio, Holcomb comes from a family where she and her siblings are naturally tall and strong. Her father, Mike Holcomb, was an All-American wrestler and a member of the 1984 Olympic wrestling team. She grew up on a small family farm where carrying fifty-pound bags of feed was a regular chore. This helped her develop her physical strength even before she knew what powerlifting was, but it is Becci’s training and hard work that has gotten her to where she is today.

Becci trains 15 hours a week and works full-time as the Assistant Wellness Center Director at Life Wellness Center. For her, that means late nights and early mornings. She 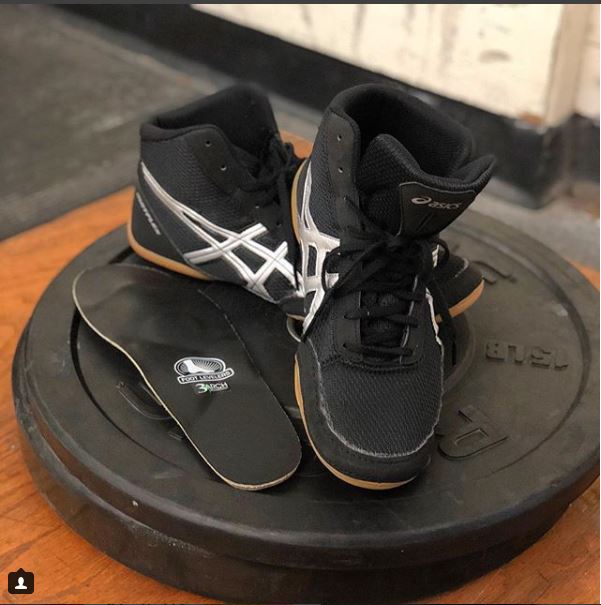 lifts five days a week and on Saturday’s commutes two hours, round trip, to train with her powerlifting coach. She also maintains a rigid diet, eating six small meals throughout the day. Holcomb is the first to admit that balancing work, training, and personal life takes a lot of discipline and commitment, but it has led to her success.

In her first competition, Holcomb placed second and qualified for nationals in her weight division. She broke and set new Georgia state records in squat, deadlift, and total. She would go on to win the USA Powerlifting Open Nationals three years later and qualified for the World Championships in Europe. Holcomb was ecstatic. She had placed second and third in both national and international competitions, but she had never won a national championship.

After returning home, Becci started to experience pain in her feet, hips, and back. Her joints were under a lot of stress. Becci sought out Dr. Joseph Haezebrouk and Dr. Paul Donaldson at Life University for advice and treatment. They recommended Foot Levelers custom orthotics which provide comfort for the feet, support for the whole body, and are clinically proven to help reduce pain. “The key to lifting, making the weight stick, and holding onto it is good stabilization and support from the ground up,” said Dr. Haezebrouk.

Holcomb’s feet were scanned and, upon reviewing the patient report of findings, the scan showed one arch was higher than the other with the left decreased in function. She was fitted with a pair of Foot Levelers custom orthotics and felt immediate relief. “I noticed a definite difference in my low back pain when wearing my custom orthotics. They are comfortable, and my feet, hips, and back don’t hurt,” said Becci.

“Having the proper support and alignment that Foot Levelers custom orthotics provide helps with the downward compression from the weight when your feet are off balanced and holding too much weight,” Dr. Haezebrouk added. “With Foot Levelers custom orthotics, Becci’s stability and posture improved and so did her pain.  She used to take several minutes to get off the exam room table, and now she slides right off.”

Competing in powerlifting is one of the most exciting things Holcomb has ever done. She says it is an adrenaline rush to lift heavy weights in front of cheering crowds. When she first started powerlifting, she did not know she would love it so much. Powerlifting has changed her life.

The most noticeable change has been in her body composition as fat mass has been replaced with muscle. However, the most significant difference has been in how she sees herself. Powerlifting has helped Becci develop a level of self-confidence and respect for herself. When she started lifting, she hated just about everything about her body. “I was always bigger and did not fit the mold for the average person. I went through some hard times as everyone does, but powerlifting has helped me grow and appreciate who I am as a person,” said Holcomb.

Not long ago, Becci finished second at the USA Powerlifting Open Nationals to secure a spot in the World Championship. However, for Holcomb, powerlifting has become more than winning championships or setting records. It is about being a positive example to women, especially her younger sisters, and letting them know that true strength is not how much you can lift but about being able to love yourself and your body. “I have younger sisters. I want to be able to instill in them that you don’t have to look a certain way to be valued and appreciated,” said Holcomb. “I want them to know that they are capable of so much and can-do amazing things.”