In case you hadn’t heard, the world’s best basketball player, Kevin Durant, recently went down with an Achilles injury. It’s looking like (as we write this) it’s a ruptured Achilles tendon. That’s a devesting injury for anyone, let alone a world-class athlete.

Durant had been dealing with a calf injury, on the same leg, for a few weeks before this Achilles injury. He missed several games because of the calf injury and was in his first game back in action.

In a press conference after the game, the President of the Warriors, Bob Myers commented, “The initial injury was a calf injury. This is not a calf injury,” Myers said. “I’m not a doctor, I don’t know how those are related or not, but it’s a different injury.”

“The calf and Achilles tendon are so interrelated that most times when one has a problem so does the other.“

Clearly, Myers is correct, he isn’t a doctor (but he does run a top-notch basketball team!). The calf and Achilles tendon are so interrelated that most times when one has a problem so does the other.

The Gastrocnemius and Soleus muscles basically make up the calf. The fascia of these muscles eventually forms the Achilles tendon. Therefore, if the calf is tight, then the Achilles is going to be tight too. A ‘problem with one is a problem with both.’  Here’s a great source for a better understanding of how these two are related1.

Obviously, we don’t know the ins and outs of what went on, but there is clearly a relationship between his calf injury and his Achilles injury. Take a look at this graphic…this is exactly what Kevin Durant went through. All the way through, he went through each of the cycles, eventually leading to his devastating injury. 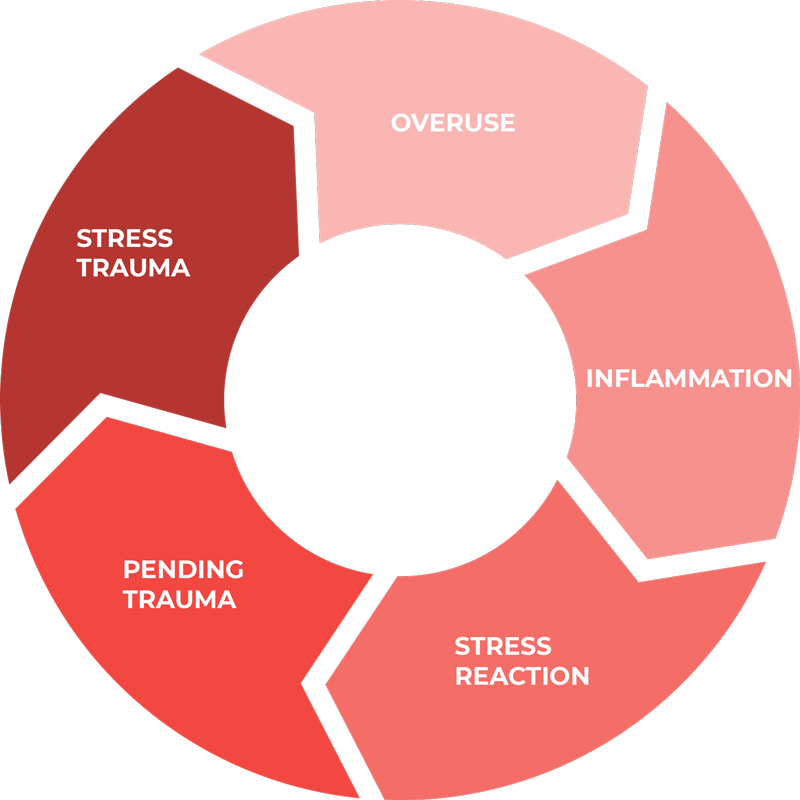 The key to this chart is an intervention to stop the cycle. There are several ways, including rest, specific treatment protocols, and custom orthotics.

Again, we can’t say specifically what could have prevented his Achilles injury, but it seems highly unlikely it’s a coincidence and his previous calf injury wasn’t a leading cause.

It’s a long road to recovery…we hope custom orthotics are a part of his rehab protocol!!