Doctor Tip Sheet – The Three Arches of the Foot

Most people know that their feet have arches. However, many of them incorrectly believe that each foot only has just one. It’s crucial to successful care that your patients know each foot has three distinct arches, all with a unique role in balance and stability. Without proper support for all three arches, the patient will not be in optimal balance, which could compromise the success of your care.

In addition, each arch supports the proper function of a specific primary or secondary muscle group: read more

Often, patients and their doctors will address pain by masking it with the use of prescription drugs. While these drugs can be used to manage pain, they do not locate and treat the source of the pain. In other words, they are simply covering up the issue, not healing it. Additionally, such drugs can be addictive and dangerous, leading to worse outcomes than the original pain. When discussing pain—both directly related to the feet (like plantar fasciitis) and because of imbalances—it is important to convey the advantages of treating pain via custom orthotics rather than masking it with prescription drugs. read more

Doctor Tip Sheet – What to Cover When Talking to Student Athletes

Student athlete visits can go beyond checking the boxes on a sports physical form–this is the perfect time to ask the right questions to ensure you’re offering comprehensive care that can benefit them in every area of their life. To make sure every session is as productive as possible, we’ve compiled a tip sheet you can use when talking to student athletes.

Baseball pitcher Roy Halladay died in a plane crash in 2017. Toxicology reports showed he had prescription medications in his system. ESPN is releasing a new documentary on Halladay's life. Foot Levelers is urging the public to seek out conservative care treatments prior to taking opioids.

In case you hadn’t heard, the world’s best basketball player, Kevin Durant, recently went down with an Achilles injury. It’s looking like (as we write this) it’s a ruptured Achilles tendon. That’s a devesting injury for anyone, let alone a world-class athlete.

Durant had been dealing with a calf injury, on the same leg, for a few weeks before this Achilles injury. He missed several games because of the calf injury and was in his first game back in action.

In a press conference after the game, the President of the Warriors, Bob Myers commented, “The initial injury was a calf injury. This is not a calf injury,” Myers said. “I’m not a doctor, I don’t know how those are related or not, but it’s a different injury.” read more

The competitive and the recreational athlete can each be affected by injuries to the muscles and ligaments around the hip.  These injuries can significantly interfere with sports enjoyment and performance levels, and they occasionally will end participation completely.  Poor shock absorption and excessive pronation have been found to be underlying causes or contributing factors for many leg/hip injuries. (1)  Orthotics, which have been custom made to improve the biomechanics of the feet and reduce the extent of pronation, can help to prevent many sport-related leg injuries.

Busseuil et al. looked at the foot biomechanics of athletes who reported a recent foot or leg injury and compared them to an uninjured control group. (2)  The researchers determined that those athletes with more foot pronation had a much greater statistical probability of sustaining one of five leg injuries, including iliotibial band syndrome (which is due to excessive tightness of the hip abductor muscles).  This study helps us understand how providing appropriate orthotic support to patients who are involved in sport or recreational activities lowers their likelihood of developing both traumatic and overuse hip injuries.

In the Busseuil et al. paper, sixty-six injured athletes who ran at least once a week, and who had no history of traumatic or metabolic factors, were the study group.  Another (control) group of 216 athletes were matched who had no symptoms of lower extremity injuries.  The amount of pronation during standing and while running at “regular speed” was determined by measuring the angles of their footprints.  This quick and inexpensive method of determining the amount of pronation during functional activities (plantar prints) had been previously investigated. (3)

The investigators concluded that those athletes with more pronation had a much greater likelihood of having sustained one of the overuse athletic injuries.  While both the standing (static) and running (dynamic) prints showed some correlation, the amount of pronation seen in the static weightbearing footprint was the most predictive of developing an overuse injury.  This study helps remind us that it is very important to athletic performance and for injury prevention to check the alignment of patients’ feet in the standing position.

Many hip injuries develop from poor biomechanics and gait asymmetry, especially when running.  Smooth coordination of the muscles that provide balance and support for the pelvis is needed for optimum bipedal sports performance.  This includes the hamstring muscles and the hip abductor muscles, especially the tensor fascia lata (the iliotibial band).  When there is a biomechanical deficit from the feet and ankles, abnormal motions (such as excessive internal rotation of the entire leg) will predispose to pulls and strains of these important support muscles.  The hamstrings (comprised of the biceps femoris, semimembranosus, and semitendinosus muscles) are a good example.

During running, the hamstrings are most active during the last 25% of the swing phase, and the first 50% of the stance phase. (4)  This initial 50% of stance phase consists of heel strike and maximum pronation.  The hamstring muscles function to control the knee and ankle at heel strike and to help absorb some of the impact.  A recent study has shown a significant decrease in electromyographic activity in the hamstrings when wearing orthotics. (5)  In fact, these investigators found that the biceps femoris — which is the most frequently injured of the three hamstring muscles (6) — had the greatest decrease in activity of all muscles tested, including the tibialis anterior, the medial gastrocnemius, and the medial and lateral vastus muscles.  The authors of this study theorized that the additional support from the orthotics helped the hamstrings to control the position of the calcaneus and knee, so there was much less stress into the hip joint and pelvis.

Using orthotics to correct excessive pronation and to treat hip problems requires an awareness of the various problems that can develop.  The following is a list of the pathologies that are seen in the hip and pelvis secondary to pronation and foot hypermobility: (7)

These conditions will develop much more easily in athletes who push their musculoskeletal systems, in order to achieve greater functional performances.

Excessive pronation and/or poor shock absorption have been shown to be an associated or causative factor in many leg injuries — from the foot itself, up the lower leg to the knee, thigh, and into the hip joint.  The good news is that many of these conditions can be prevented with custom-made orthotics.  Evaluation of foot biomechanics is a good idea in all patients but is especially necessary for those who are recreationally active, or for anyone who has experienced hip problems.  To avoid potentially disabling hip injuries, competitive athletes must have regular evaluations of the alignment and function of their feet.  Additional preventive measures include wearing well-designed and solidly-constructed shoes.  When athletes are provided with custom-made orthotics, we chiropractors can prevent arch breakdown and biomechanical foot problems, and we can also treat numerous injuries to the lower extremities, including the hip joints.

Countdown to the U.S. Open! 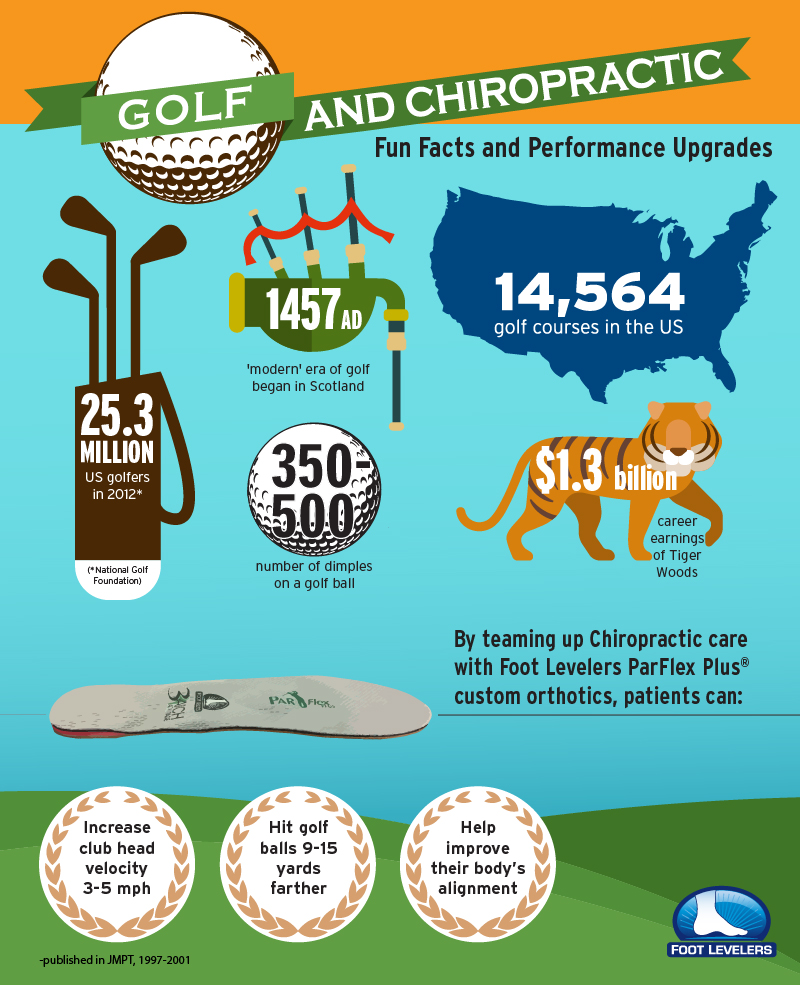 Behind the Scenes at the NFL Scouting Combine 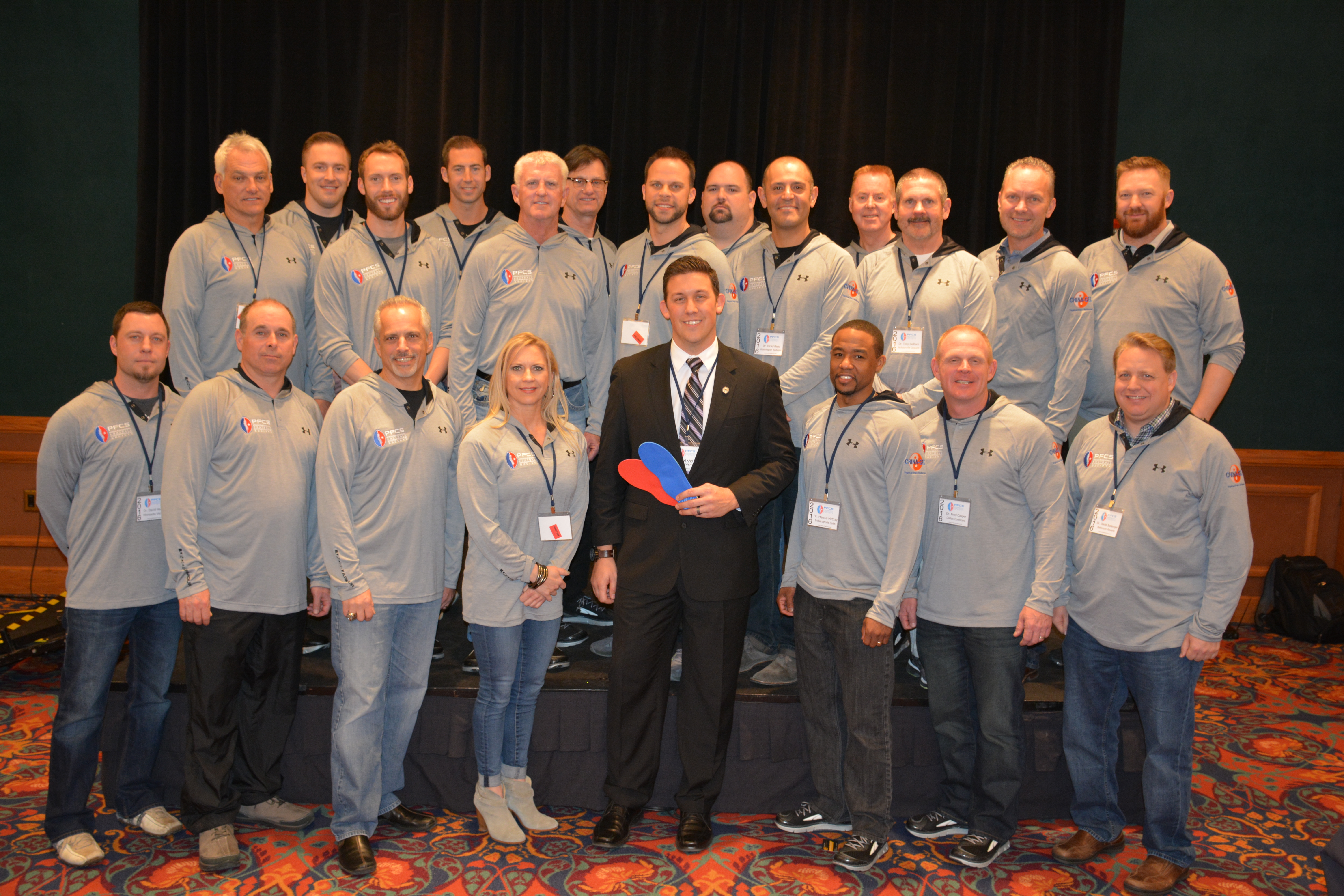 We don’t mean to brag (well, maybe just a little) but here’s our own Brandon Matheny (center) hanging out with the fine folks of the Professional Football Chiropractic Society, also known as the 32 Chiropractors who serve the 32 teams of the NFL. Brandon met up with them at the NFL Scouting Combine in Indianapolis last month to talk about the role of Foot Levelers custom orthotics in both preventing injury and helping athletes achieve peak performance. He’s holding our two newest orthotics, designed specifically for elite athletes: the XP3 and XP3+.

If the pros trust Foot Levelers custom orthotics to keep them at the top of their game… Shouldn’t you?

Meet Abby on Our Team: From Pro Ball to America’s Toughest Road Marathon 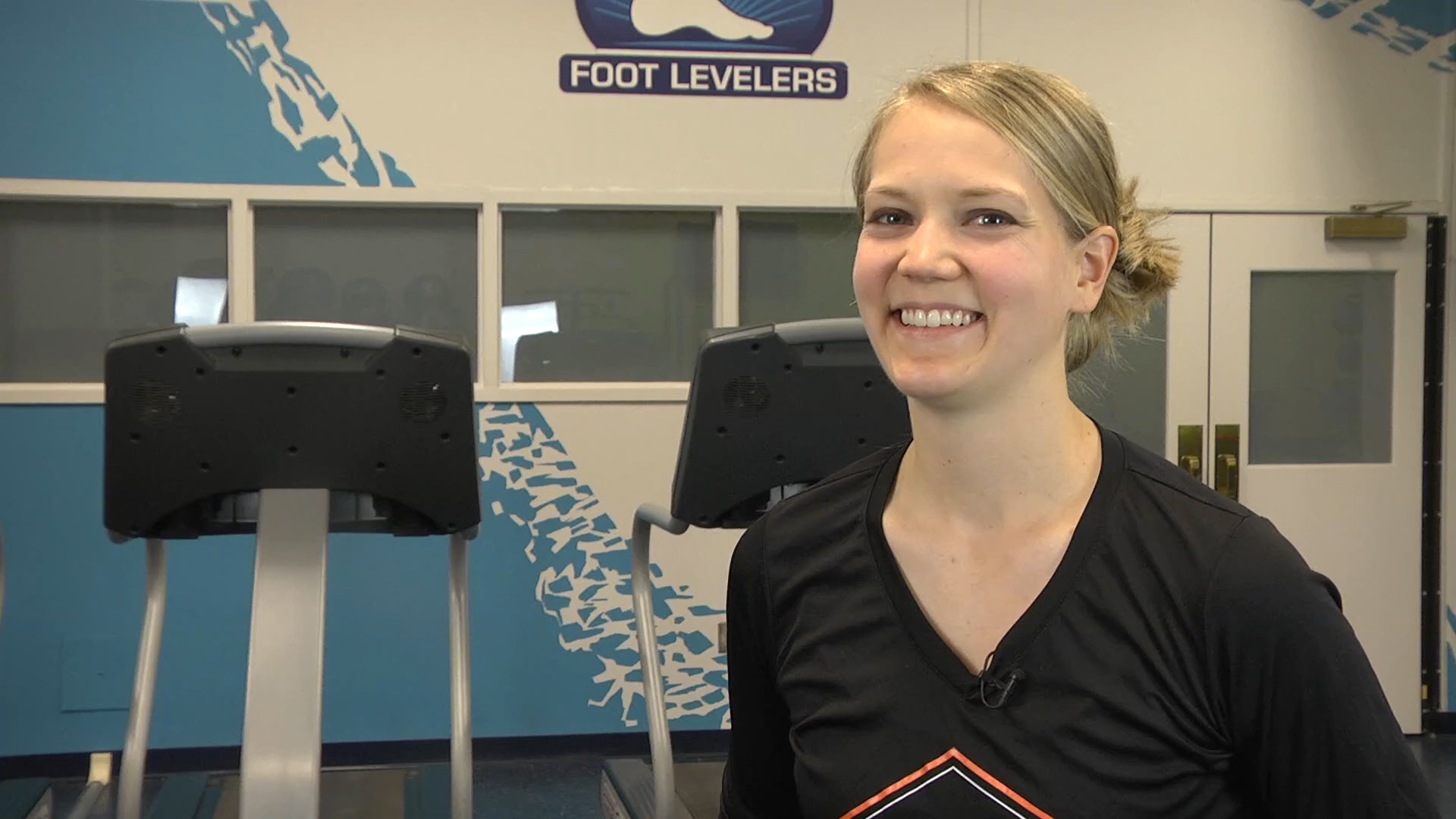 Abby is in training for the notorious Foot Levelers’ Blue Ridge Marathon on April 16th of this year, America’s Toughest Road Marathon, with over 7,430′ of elevation change. Winding through the jaw-dropping, rugged beauty of the Blue Ridge Mountains, the marathon has become a bucket list item for many of the world’s elite runners.

Though it’s Abby’s first marathon, we have no doubt she’ll be a force to reckon with on the course. Learn more about Abby below, and keep up with her training here! 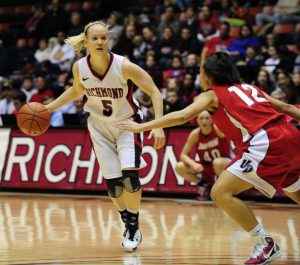 Before you came to Foot Levelers, you played professional basketball! Tell us about that.

I’ve always loved sports ever since I was younger, but my love since I was about 5 years old was basketball. I played in high school here at Hidden Valley [high school] in Roanoke and got a full basketball scholarship to the University of Richmond. I played there all four years. When I graduated, I went over to Israel and played professionally for about one season.  Basketball has been a big part of my life.

When and why did you start running? What do you like about it?

…One thing I am really passionate about is health and fitness as well as being outside, so running really helps me do both of those…it sharpens my mind as well as gets me physically fit…The running community here in Roanoke is really strong. My friends are runners so I’m able to meet new people and be with my friends at the same time. 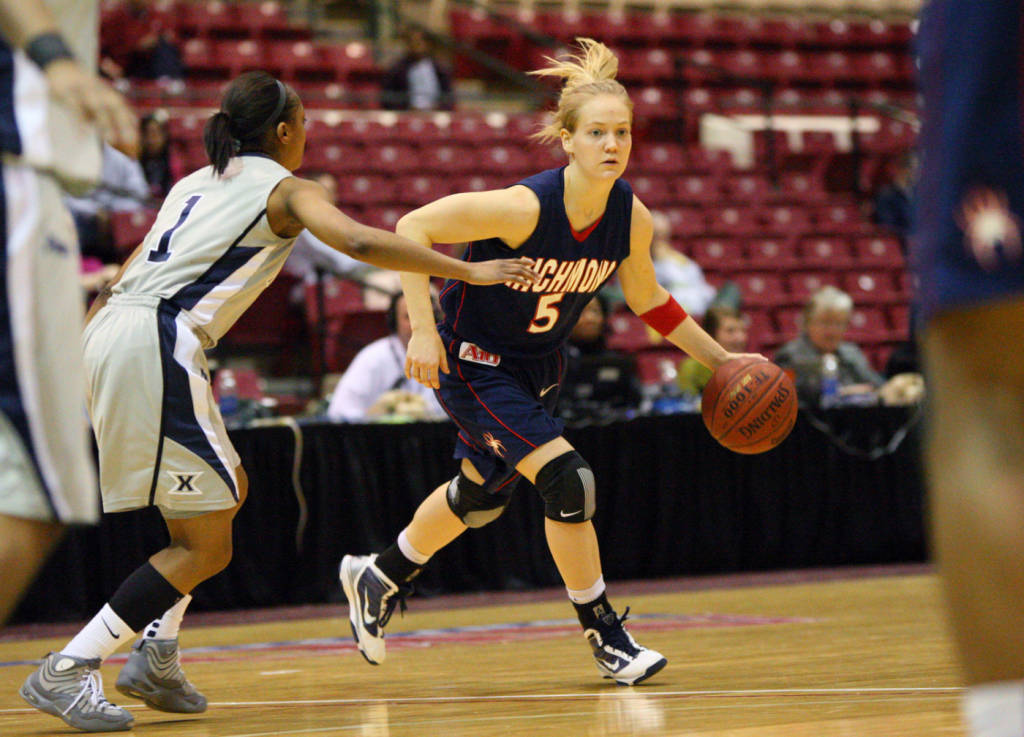 How many marathons have you run?

I am nervous because this is the first road marathon that I’ve done, and it’s going to be a tough one. But a lot of my friends are running it too, so it will be fun to run with them and experience that with them.

What is special to you about the Foot Levelers Blue Ridge Marathon? read more

Get In the Swing of Things: Foot Levelers Can Help Improve Your Golf Game

Wearing custom orthotics can help you perform better on the green.  And we’ve got the science to prove it! 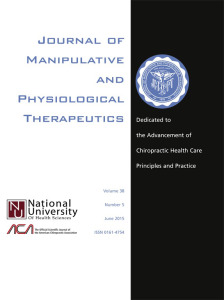 In a study published in The Journal of Manipulative and Physiological Therapeutics, golfers wearing Foot Levelers custom orthotics…

…compared to their game not wearing orthotics.

Want to learn more? Check out the study by clicking here.

And click here to learn all about Parflex, our custom orthotics designed just for golfers.