Have Low Back Pain? Look to Custom Orthotics First

At least 80% of the U.S. population will experience back pain at some point in their lifetime, and more than 3 million reported cases of lower back pain occur each year. Lower back pain is also one of the biggest reasons why people miss work due to the intensity and sometimes sudden onset of discomfort and pain. However, there is a solution that doesn’t include endless trips to the doctor, arguing with insurance agents, prescription medications, and inconvenient physical therapy appointments.

What could eclipse the eclipse?

In our world–in the world of safe, effective pain management and the fight to save lives as the national opioid emergency rages on–it’s a new, major research study that proves what we’ve know for over 65 years:

Published in the Archives of Physical Medicine and Rehabilitation.

Foot Levelers custom orthotics, like Chiropractic care, are safe, painless, non-invasive and cost-effective–in stark contrast to risky, expensive surgery.  It’s important to note that Chiropractic is, and has always been, a drug-free approach to care.

Got Pain? Avoid the knife and potentially life-threatening drugs.  Find a Foot Levelers doctor near you. 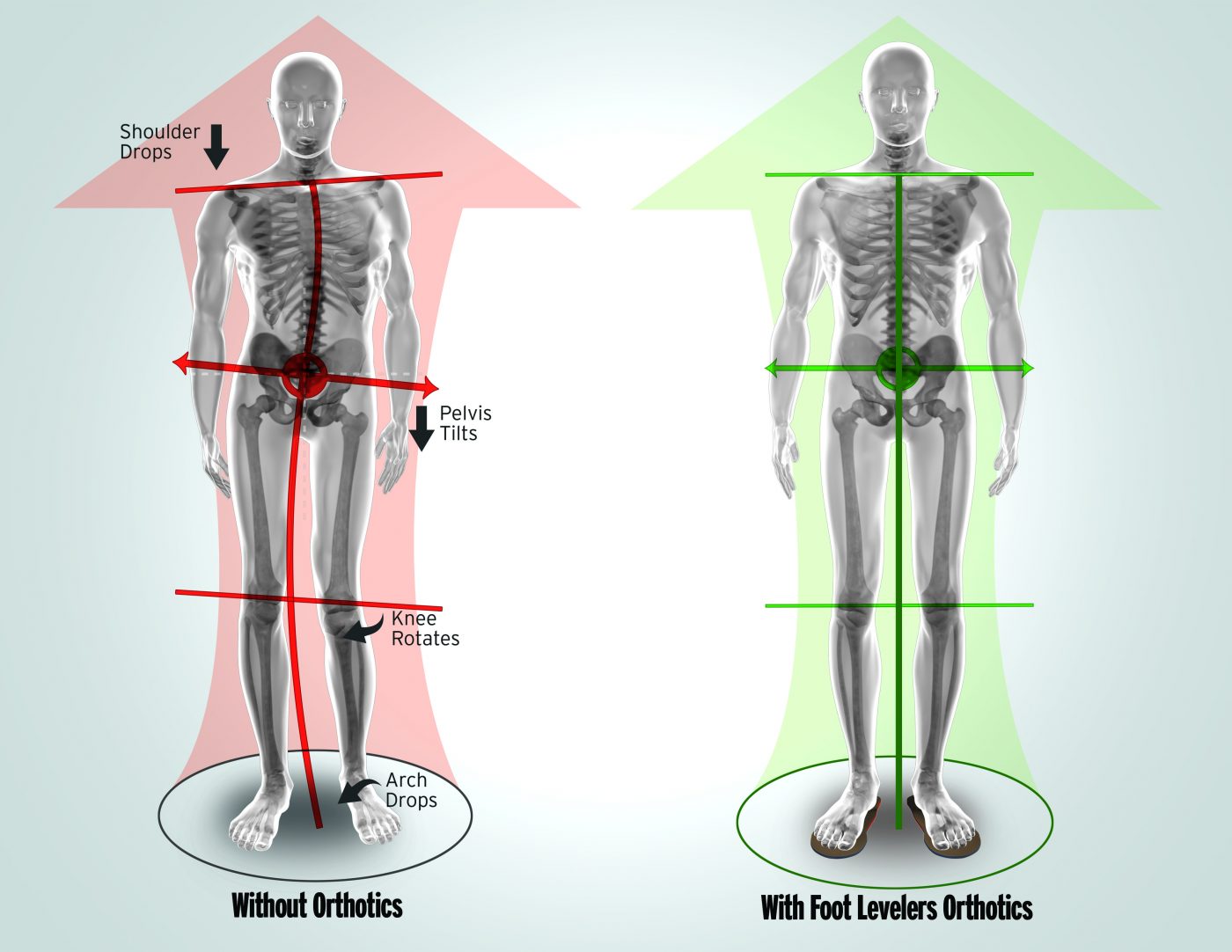 ROANOKE, VA—A conclusive study, “Shoe Orthotics for the Treatment of Chronic Low Back Pain: A Randomized Controlled Trial” conducted by National University of Health Sciences and published in the Archives of Physical Medicine and Rehabilitation shows that Foot Levelers custom orthotics, particularly in combination with chiropractic care, significantly reduce Low Back Pain (LBP). The National Institutes of Health (NIH) reports 80 percent of adults experience LBP at some point in their lifetime and it’s the single leading cause of disability worldwide, with many taking prescription drugs for pain relief – which often leads to long-term drug abuse and addiction. 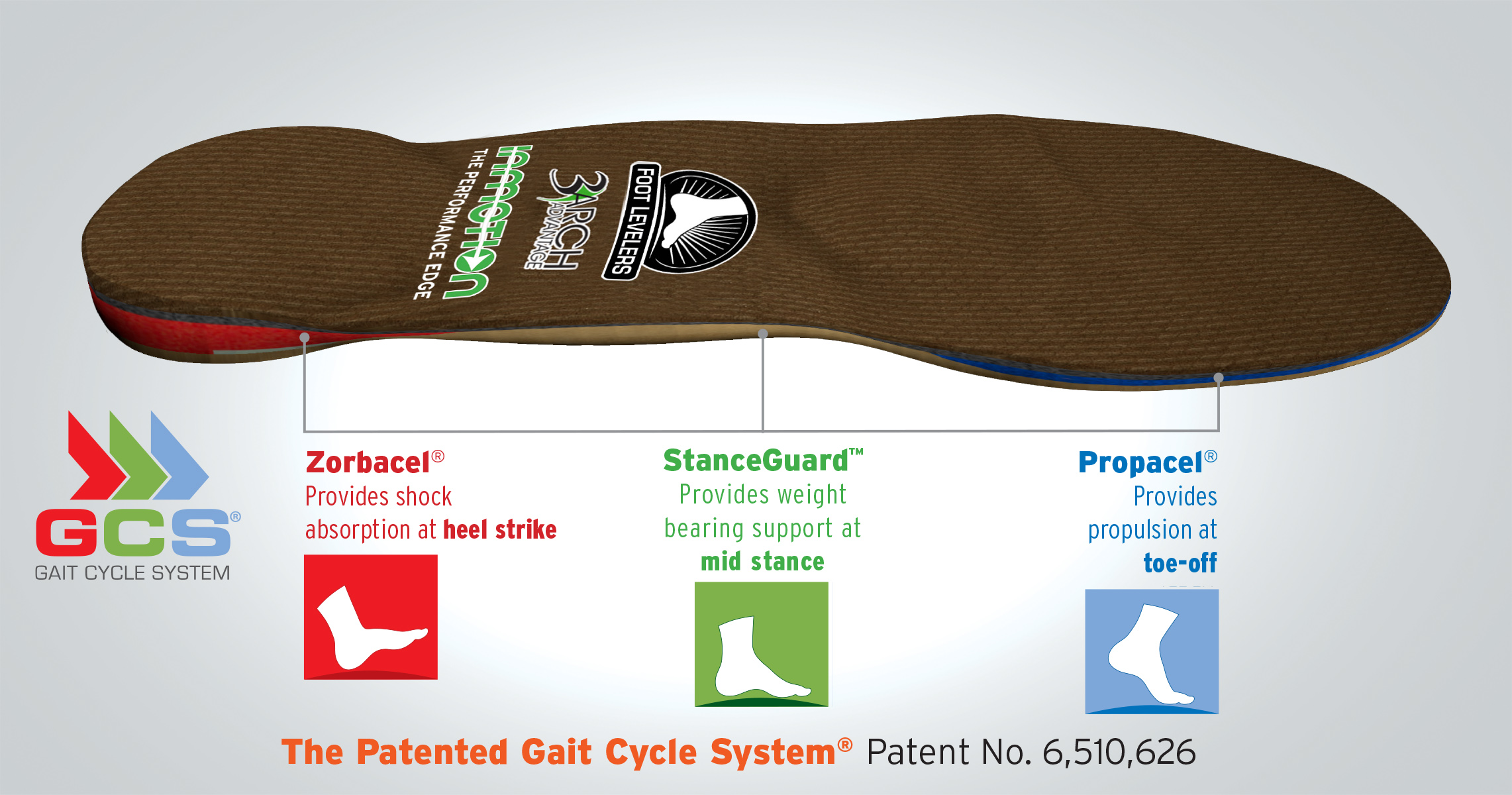 “The study unequivocally confirms what we have known for over 65 years: Foot Levelers custom orthotics are a powerful first-line treatment in the battle against LBP,” says Kent S. Greenawalt, CEO of Foot Levelers, the world’s leading provider of custom-made functional orthotics and other therapeutic products. “There is significant scientific evidence that explains the foot-spine connection, but the bottom line is that using Foot Levelers to balance and support the feet—the foundation of the body—helps balance and support the spine. This study is another striking development in the case for evidence-based, conservative care of LBP, which in the face of America’s ongoing opioid crisis, is more important news than ever.”

A Chiropractor resident treats a patient in Hayward, California

But we also like science because our patients like it. Nay, our patients demand it! As well they should–health is “kind of a big deal” and folks want to make sure they’re making the right decisions for their body, well-being, and longevity.

That’s why today (!) we released a BIG, whopping, dare-we-say thrilling update to our Patient Report of Findings… Check out the latest and greatest below! 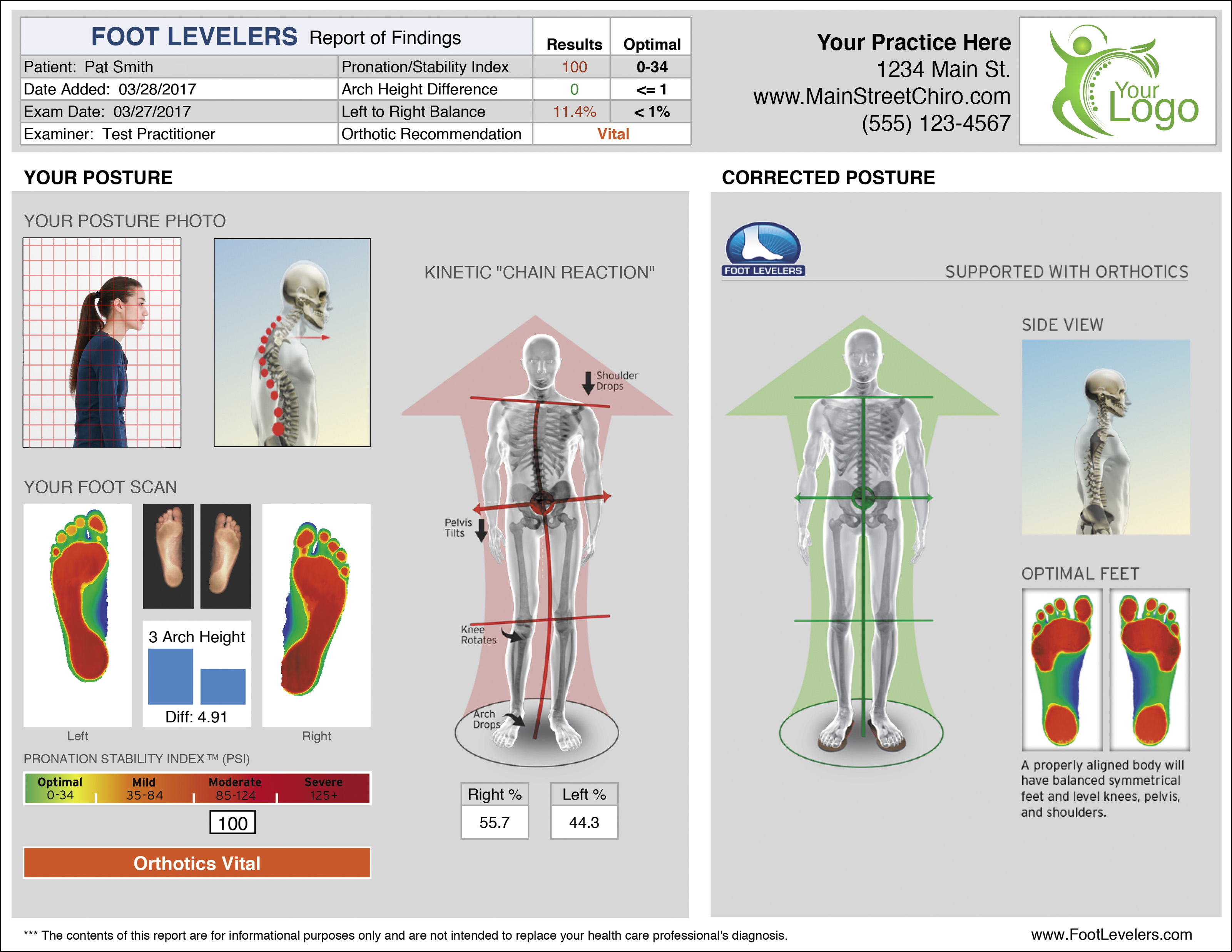 This new Report of Findings–available on the cloud-based Kiosk only–reveals detailed info and images about the health of your feet and their three arches, plus how arch collapse may be contributing to problems throughout the body. It helps your doctor determine if you’re a candidate for custom orthotics.

Our 3D BodyView generates a fantastic Patient Report of Findings too–but this version is more in-depth than ever. You and your doctor are armed with…